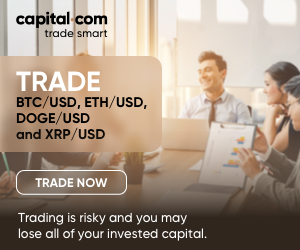 What is the forex market?

Trading is conducted over the ‘interbank market’, an online channel through which currencies are traded 24 hours a day, five days a week. Forex is one of the largest trading markets, with a global daily turnover estimated to exceed US$5 trillion.

The base currency is the first currency that appears in a forex pair. This currency is bought or sold in exchange for the quote currency.
So, based on the example above, it will cost a trader 1.0916 USD to buy 1 EUR.
Alternatively, a trader could sell 1 EUR for 1.0916 USD.

Note: Forex prices are often quoted to four decimal places because their spread differences are typically very small. However, there is no definitive rule when it comes to the number of decimal places used for forex quotes.

On the forex market, trades in currencies are often worth millions, so small bid-ask price differences (i.e. several pips) can soon add up to a significant profit. Of course, such large trading volumes mean a small spread can also equate to significant losses.
Always trade carefully and consider the risks involved.

A ‘position’ is the term used to describe a trade in progress. A long position means a trader has bought currency expecting the value to increase. Once the trader sells that currency back to the market (ideally for a higher price than he paid), his long position is said to be ‘closed’ and the trade is complete.
A short position refers to a trader who sells a currency expecting it to decrease, and plans to buy it back at a lower value. A short position is ‘closed’ once the trader buys back the asset (ideally for less than he sold it for).

For example, if the currency pair EUR/USD was trading at 1.0916/1.0918, then an investor looking to open a long position on the euro would purchase 1 EUR for 1.0918 USD. The trader will then hold the euro in the hopes that it will appreciate, selling it back to the market at a profit once the price has increased.

An investor going short on EUR would sell 1 EUR for 1.0916 USD. This trader expects the euro to depreciate, and plans to buy it back at a lower rate if it does.

Quotes by JazzForex
Copyright JazzForex 2023 - All Rights Reserved
RISK WARNING: Here is the ESMA compliant RW: CFDs are complex instruments and come with a high risk of losing money rapidly due to leverage. 72,6% of retail investor accounts lose money when trading CFDs with this provider. You should consider whether you understand how CFDs work and whether you can afford to take the high risk of losing your money. Here is the shortest RW to be used if the area is restricted to symbols (for example under buttons): 72,6% of retail CFD accounts lose money.
Back To Top
×